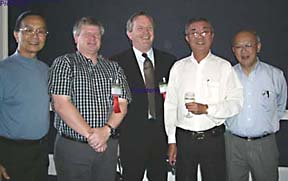 Attendance at the Congress was impressive with about 450 delegates (including speakers, exhibitionists and guests) from 35 countries. Singapore was represented by the President of the Society, Mr Koh Geok Beng, Vice-President, Mr Lim Ching Geok and, immediate-past President, Mr Chua Kok Swee. The Congress, held once every two years, is a suitable forum for participants to share their experiences, creativity, research and knowledge in the field of environmental health. There was ample opportunity to net-work with our colleagues from all over the world. 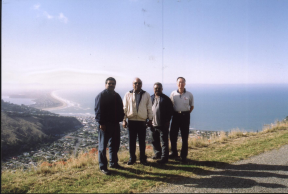 Four delegates from the Society attended the 3-day National Conference of the New Zealand Institute of Environmental Health (NZIEH) from 1 – 3 March 2006. The Conference themed “Looking Ahead” was held in Dunedin and it covered a very wide range of topics.

Our delegates flew in to Christchurch via 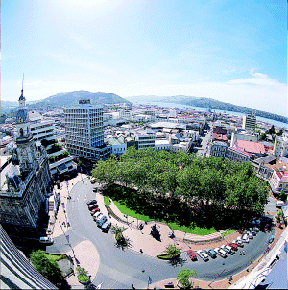 Auckland, New Zealand on the 25th of Feb 2006, ahead of the conference; to take as much of the scenic blights that New Zealand had to offer. After a quick tour of the airport, (there was only time for that) it was time to catch a flight to Christchurch.

On arrival in Christchurch, we were met by our New Zealand friends, who drove us to their home and showered us with their warm hospitality. We stayed with them and the hosts took us on a quick tour of Christchurch for the rest of the afternoon.

We hired a MPV from Christchurch and started our drive to the City of Dunedin the next day. We drove through the Southern Alps and stopped at many towns, which had many years of history behind them. We arrived in Dunedin on the 28th of Feb 06 and got ready for the conference opening. 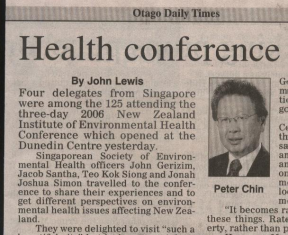 The wide range of topics presented included their National Health Plan – Readiness for a Pandemic, which covered their National Public Health Plan for the Avian Flu, Implementation of HACCP in Small Businesses, amongst others. As participants, we had the chance to listen to the different perspectives and methodology of handling common public health issues such as food safety, indoor air quality, etc.

Some of us took time-out in the afternoon to cruise on the Otago Harbour onboard the “Monarch” We were out looking for the Royal Albatross. This giant bird has a wingspan of up to 3m and which flies an estimated 190,000 km per year. 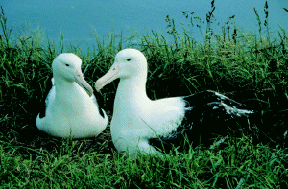 The rest of the delegates went to the Otago Peninsula, which is also home to the world’s rarest penguin. Known to the Maori as Hoiho, the Yellow-eyed penguin is the third largest of the 14 species of penguin in the world.

The Conference Dinner was held on the 2nd night at the Larnach Castle, located in the South Seas, the only castle in New Zealand. We were bussed there from the Octagon (left), the heart of Dunedin, in coaches and on arrival, greeted to a Royal Welcome by the bagpipers! 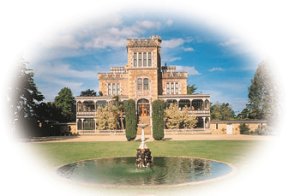 The conference was held at a historic building known as the Dunedin Centre with an old world charm. It was opened by Mr. Peter Chin, the Mayor of Dunedin. The Mayor and Mr. Mike Orchard, President of NZIEH welcomed us in their speeches and thanked our participation. Their local newspaper (Otago Daily Times) published our attendance at the conference and we were accorded ‘foreigner’ status, as we were the only ‘outsiders’ there

The castle was masterminded and built by William Larnach in 1871 by at a cost of 125,000 pounds, then. It is 1000 feet above sea level and it took 200 men 3 years to build the outside and another 12 years by master craftsmen on the inside. There are many stories on this castle and William Larnach. 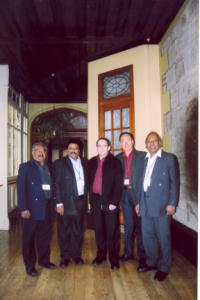 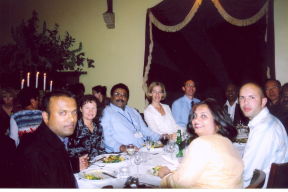 On the 3rd day, we attended the half-day programme and bid farewell to Dunedin and were on our way to Queenstown in the Southern Alps, a town that was recommended to us. The drive was very scenic, turquoise lakes, farms, snow-capped mountain peaks and clean fresh air. Although the temperatures were around 6-8 degrees C, we took it in our stride to venture out to capture the picturesque scenes.