Our Contribution To The Less Privileged

The Society donated $50,000 for the purchase of an Ambulance to the Sunlove Abode For Intellectually-Infirmed Ltd.

The donation was approved by the AGM in 2005 and the Ambulance was delivered in March 2006.

The Ambulance was officially handed over on Friday 15 Sep 06 in a “Key Handing Over Ceremony” at the Sunlove Neighbourhood Link @ Kampong Chai Chee, Block 30 Chai Chee Ave. 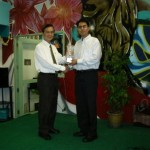 Mr Koh receiving the memento from Guest of Honour Dr Muhammad Faishal Ibrahim, MP for Marine Parade GRC, thanking us for the donation 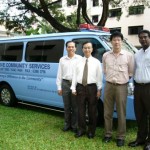 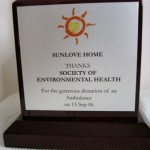 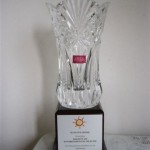 The Crystal Plaque presented to SOCEH